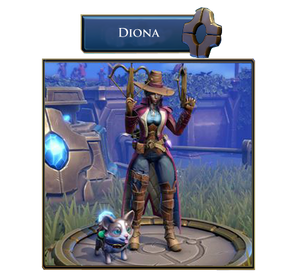 Diona is one of the Masters in Minion Masters. This master is unlocked with 1500 Shards or 775 Rubies.

Diona journeys with her trusty pup Ruffles, hunting foul beasts and wicked beings all across the Realm of Light. Little is known about her, except she's very good at her job.

Now... she is hunting the Witchwolf.

The Witch Hunter Diona uses a variety of traps to deal with any threat. Her trusty sidekick Ruffles fetches useful items from the battlefield to his master. 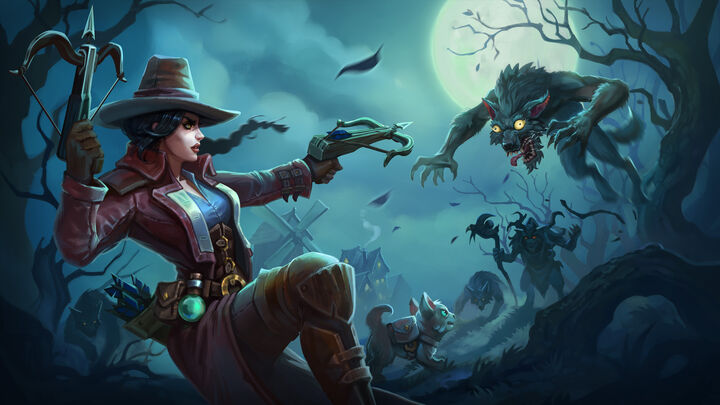